Author: Joanne Schwehm
Genre: Standalone Contemporary Romance
Release Date: June 4, 2019
Blurb
I love my life. As owner and chef at one of the hottest restaurants, I know how to keep things sizzling in and out of the kitchen. What more could I ask for? But I’ll tell you what I didn’t ask for… a klutzy, curly-haired woman slamming into me with a unicorn cake. Yes, you read that right—a damn cake decorated to look like the mythical creature bathed in every color of the rainbow.
What could be worse, right? I’ll tell you. My brother hired her to be my pastry chef. You’d think that would be my biggest problem, but that was just the tip of the iceberg.
Aside from her being one of the clumsiest women I’ve ever met, she turns me on like no other woman has. She tastes sweeter than anything she creates, and we make a great team in and out of the bedroom… I mean kitchen.
When we first met, I worried my restaurant wouldn’t survive her. Now I worry that my heart won’t.
I never wanted to fall in love, but sometimes life isn’t all unicorns and rainbows.

Josh is the owner and head chef of the restaurant Prism. He is appearing on a national morning show to highlight the restaurant, along with two others in the industry. While live on air, Gia is coming onto the stage and trips, crashing into Josh while holding a 3D unicorn cake. Both are mortified, and Josh is furious. He later finds out that his brother  and silent partner in the restaurant had already hired Gia as the new in-house pastry chef. Josh is pissed but gives her a chance.

Despite his resolve to never date employees, they fall blissfully in love. But then an opportunity that Gia thought wasn’t a possibility is offered to her that would take her across an ocean for two years.

I really liked this book. Josh started out tense and angry, but soon lightened up into a really fun guy, singing and dancing in the restaurant kitchen, teasing his siblings and employees, and having fun with life. He is taken with Gia and she with him. Both characters are well written and developed. Josh’s family were all entertaining also and added a lot to the story. 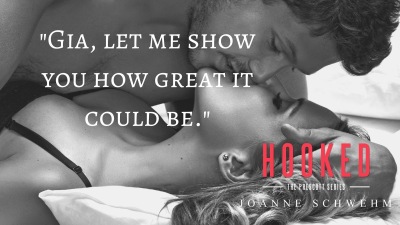 Author Bio
Joanne is a bestselling independent romance author and has written several contemporary romance novels. She strives to create relatable characters that readers will laugh and fall in love with.
Above all else, she’s a mother and wife and loves spending time with her family. She enjoys meeting new people, traveling, reading, and relaxing on a beach.
When she’s not writing or devouring a great book, Joanne is also an avid sports fan, especially when it comes to the New York Yankees and Dallas Cowboys. She also enjoys playing and watching golf.
Joanne loves everything about romance—she attributes this to her Italian upbringing. She believes everyone should have romance in their lives and hopes her books bring joy and happiness to readers. Joanne looks forward to sharing more love stories in her future novels.
A message from Joanne: When that unexpected chance comes, take it. You never know what you could be missing. Xoxo
Author Links
WEBSITE 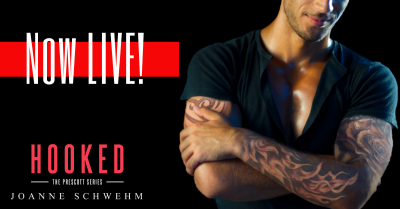 Blurb
Hockey players are off limits…especially if they’re on your brothers’ team.
The last time Jordan did that, it ended in disaster. It was easy to promise her brothers
she’d never date another one of their teammates again.

Until she meets Jake.

The spark she feels when she spends time with him makes her promise harder and
harder to keep.

Surely her brothers would understand breaking this promise if it means following her heart.

Never sleep with a teammate’s sister.
This is the universal rule of athletes everywhere.

Until he meets Jordan.

As soon as Jake sets eyes on her, he wants her.

The goalie’s job is to see missed shots and failed opportunities on the ice.

This is one shot he’s not going to miss, no matter what obstacles get in his way.

POWER PLAY is a flirty, swoon worthy sexy rom-com and the first book in the BTU Alumni series. It can be read as a stand alone. If you like hockey boys, sarcastic friends, matchmaking canines, too-cute-to-handle kindergartners, fierce heroines and swoony hot as puck Alpha heroes, then you want to get to know these cast of characters. One puck head and a HEA guaranteed.

Jake is a college hockey player, friends with Jordan’s brothers. Jordan is the only sister in a family of brothers and they are all overprotective. She was in NYC for her first two years of college and is now transferring home to Brighton. Jake spots her the first night she’s back at their aunt’s sports bar and is smitten. The attraction is mutual but she’s promised her brothers to never date a teammate of theirs after the disastrous experience two years prior, and Jake is afraid of risking his teammates and his chance at a future in the pros. Of  course they fall in love anyway. They decide to keep their relationship a secret from her brothers but their best friends know.  But when Jordan’s past catches up to her, all bets are off.

I liked this book, but didn’t love it. Jordan and Jake are fine, but I may be a little too old for them and the writing style. The story itself was great and I liked all the characters. The two five year olds, though, really steal the book and in a good way. They are adorable! And Jake and Jordan’s interactions with their siblings was a nice addition to the story. 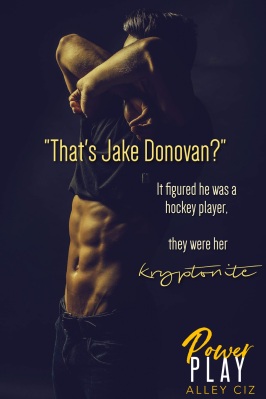 Alley Ciz is an indie author of Contemporary/New Adult,
Rom-Com, Sports Romances.
She’s a stay at home mom to 3 amazing and crazy mini royals, a 95lb
lab, and let’s face it on some days her hubby is her 4th kid… But to be fair
she totally loves him a a lot.
When she’s not corralling her crazy mini royals she can be
found writing the stories the voices in her head tell her. Caffeine is a staple
in her daily diet since she does most of her writing late at night when
the rest of her house is asleep, usually with her trusty dog Buke (short
for Beukeboom reluctantly named after a NY Ranger even though she’s a NJ Devils
fan all the way. Is it any surprise she writes sports romances?
Pizza and mac-n-cheese are major food groups and she is a proud
Potterhead and superhero buff.
She is a complete romance junkie and can always be found reading or
listening to a book.
Author Links
FACEBOOK
FACEBOOK GROUP
GOODREADS
NEWSLETTER
INSTAGRAM
PINTEREST
WEBSITE
YOUTUBE
AMAZON