Steam isn’t just for the kitchen…
Hot headed, no social skills and she knew more swear words than a sailor. I was beginning to think I had a thing for my boss.
It didn’t matter that she barely knew the name of her employees or that she worked more hours than there were in a day running her restaurants, as soon as I knew she liked to dance, I wanted a taste of more than just her summer menu.
But what you want isn’t always what you get, and the courses fate had lined up weren’t guaranteed to be tasty.
Heat is a sexy single dad standalone in the Callaghan Green series.
Keep a fan handy.

Simone is a Michelin-starred chef who owns two successful restaurants and is in the midst of opening up a third. She has kept the world – except for a very few friends – at arms’ length since her divorce five years previously, burying herself in her work. Jack is chef at one of her restaurants, single father to 15 year old Lauren.

A budding friendship and flirtation blossoms into so much more, but Jack and Simone each have their own baggage and insecurities. Not to mention a professional relationship that neither wants to tarnish.

I really loved this book. Simone has been through so much, and has closed herself emotionally to protect herself from further heartbreak. Jack has been a single father for 12 years, and looks after his brother from a distance. A threat to Simone brings them even closer together.

There is so much I liked here. The characters were well written. Lauren is incredible and I loved her relationships with both Jack and Simone. As the title implies, there is a lot of heat but there is also much heart and sweetness with a little mystery to round things out. 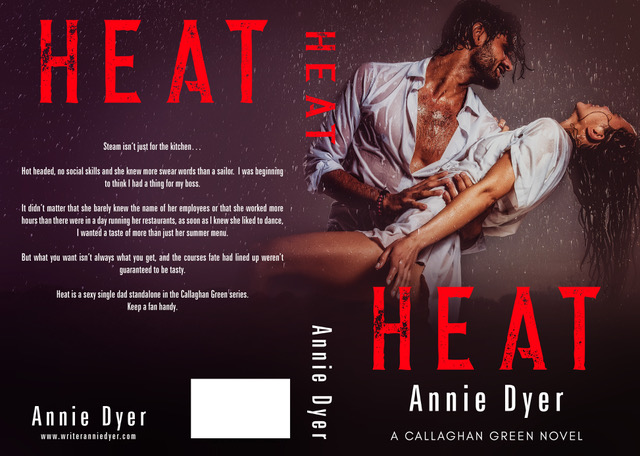