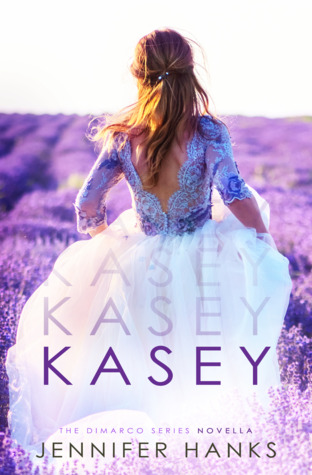 Kasey Moore is happy to be home. Moving to New Hope as a teenager hadn’t been easy, but once she settled in, she couldn’t imagine herself living anywhere else. After four years in College, she’s finally back to living in the town she loves and working her dream job as a teacher at the Elementary School.

For Kasey, her life couldn’t be more perfect.

Until a school assembly, an arrogant man, and a hot encounter in a closet shakes up everything Kasey thinks she wants.
Ten years as a Navy SEAL and Jackson Dimarco is coming home.

Ten years of rigid schedules, almost unreachable expectations, and being a part of something bigger than himself has changed him. Coming home, trying to find himself, the last thing Jax wants to do is talk to an auditorium full of school kids about his time in the military, but when his brother signs him up that’s exactly what he ends up doing.

It’s just a shame she doesn’t feel the same way.

But Jackson Dimarco has always loved a challenge and Kasey Moore is the biggest incentive he’s ever had to win.

This is a novella in The Dimarco Series. Can be read as a standalone and at any point in the series. However, if new to the series, I’d recommend reading this novella before the first book in the series, Lucy.

Having read the entire DiMarco series already, I was thrilled to learn about Jax and Kasey’s story being released. This book takes place two years before the beginning of Lucy, the first book in the series.
Jax has just come home after discharging from the military and being a SEAL. He’s a bit lost, not knowing what to do with his life or who he is if he isn’t a SEAL. He is working in the family construction business, but he knows that isn’t what he wants to do forever.
Kasey is a teacher at the local elementary school. When she is voluntold to put on an assembly featuring local heroes, she talks to Luke DiMarco, a police officer, about coming and he recommends his brother Jax. Kasey and Jax start arguing almost immediately upon meeting. Then just as quickly they are making out in the janitor’s closet.
That push and pull is the essence of their entire relationship and it is fantastic in this book. We know the couple as long-term partners in the other books but reading about their beginning was fun. The love and support of each other, the teasing and sass, and the feeling of “I’ve got your back and you have mine” is clear to see from the beginning. 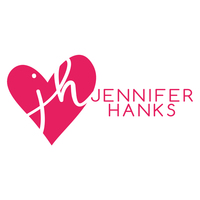 Jennifer Hanks is the author of The Dimarco Series as well as The Elite Securities Series. Her stories are contemporary romance and romantic suspense, all with the underlying message of the power and strength in love. She’s also a sucker for a Happily-Ever-After. Her love of reading and books in general started at a very young age and has steadily grown into a love of writing as well. She admits to being addicted to all things romance and has no plans of quitting her habit. Jennifer lives in Pennsylvania with her two children. When she’s not reading or writing, she can be found with her kids at their various activities. Her house is frequently filled with any combination of her children’s friends, nieces, nephews and a variety of pets.