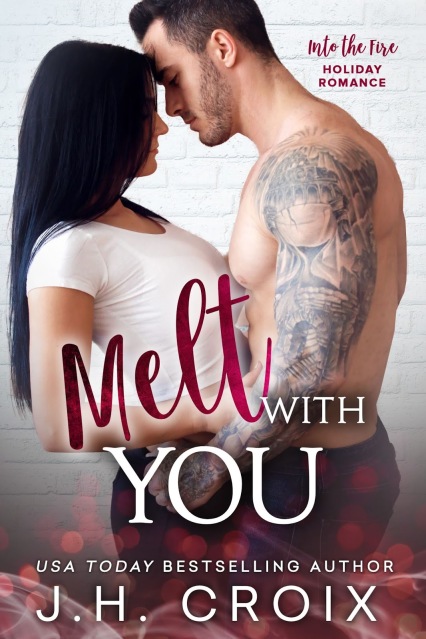 Blurb
Harlow
A wedding, a one-night stand, and no happily-ever-after.
That’s how it all started with Max Channing.
Along comes another cliché – a second chance.
A year later, I’m about to face Christmas alone when tall, dark & sexy as hell Max
shows up again.
Our lives are worlds apart. He’s a billionaire tech investor. I’m a hotshot firefighter.
Nothing about us makes any sense.
I never thought I’d see him again after the hottest night of my life.
I was wrong, so very wrong.
When our paths cross again, we break every rule.
And set each on fire.
Max
Harlow May tests every limit I have and makes me want to break every d*mn rule she
creates.
She’s a temptation I can’t seem to resist.
She fits no category. She’s strong & sassy and a firefighter to boot.
She fights the fire between us.
Once I have a taste, no one else will do.
I’ll fight for her and for us.
I only want one woman. Harlow.
*This is a full-length, standalone romance with a guaranteed HEA.
My review:
So Max and Harlow are both friends with Owen and Ivy, a couple getting married at the beginning of the book. Max is tasked with picking up Harlow from the airport and is instantly attracted to her. They end up having one night together before he has to leave for a business emergency, and they don’t see each other again until a year later.
Max is apparently a billionaire businessman investor but instead of being the stereotypical novel billionaire he actually *works* which is a nice change. He was burned by a bad relationship in college and doesn’t get involved emotionally any more. Harlow suffered an emotionally neglectful childhood and as a result tends to get overly emotionally attached in relationships and is trying to change that.
What I liked: Harlow is a hotshot firefighter. That’s pretty cool. I like her friendship with Ivy.
What I didn’t like: I’ll try to go in order here. First, the Max of the first chapter is downright creepy. He keeps talking about getting a flash of her panties as he’s helping her out of the giant SUV for the wedding, then says he’s “not that guy.” Sorry, three pages of inner monologue just said you *are* that guy. And it happens more than once. He goes full on caveman “she’s hot I must mate with her” from the instant he sees her. I will say that he improves a couple chapters in, but the first chapter almost put me off reading the book, it was that bad.
For Harlow having such an amazing, groundbreaking job, there is surprisingly little detail about it. We only get to experience a glimpse of her work and that’s at the end of a fire, after all the action is over.
We are told Harlow’s father is a major asshole. Max doesn’t like him, Harlow doesn’t like him. Her mother died when she was 6 and she traveled around with her father as he worked and she had a nanny accompany her. But the one scene her father is actually in, he’s not that bad. Is he distant? Yes. But Harlow blocks out any chance of him trying to talk to her. He comes off as a dad who didn’t quite know what he was doing but did the best he could (he could have left her at home for months at a time or sent her to boarding school, yet he took her along on all his business trips) and now doesn’t know how to connect to his adult daughter. It was more of a sad scene, really. And we have no idea why Max doesn’t like him, we just know that Max yelled at him sometime before the book began.
The repetition killed me. Harlow and Ivy had the same conversation 2 or 3 times. Max and Harlow kept having the same conversations. The sex scenes were the same over and over again.
The one thing that could have made this more interesting – the reappearance of Harlow’s disastrous ex – was a nonstarter.
Overall: I tried to like this one. I really did. I just couldn’t connect with any of the characters and my mind kept wandering all throughout the book. It may be better if read in series order, since there seems to be a lot of background info on the many many other characters that I’m missing, but I don’t care enough to go back and read them.
Rating: ♥♥
ADD TO GOODREADS 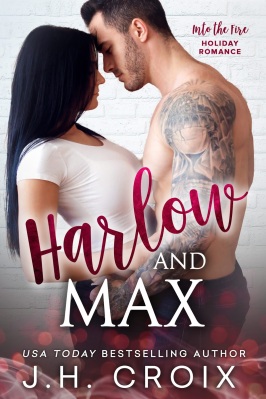 USA Today Bestselling Author J. H. Croix lives in a small town in the
historical farmlands of Maine with her husband and two spoiled dogs. Croix
writes steamy contemporary romance with sassy independent women and rugged
alpha men who aren’t afraid to show some emotion. Her love for quirky
small-towns and the characters that inhabit them shines through in her writing.
Take a walk on the wild side of romance with her bestselling novels!
Author Links